The Gizwits App Framework for APICloud (hereinafter referred to as APICloud Framework) is an open-source mobile application development framework developed based on Gizwits App SDK to implement basic functions such as SDK loading, initialization, user registration, login, device configuration, device discovery, and device connection. You can get a complete App after building the specific product control UI based on one of the Gizwits App Frameworks which currently are available for iOS, Android and APICloud. The main advantage of the APICloud Framework is that it supports both iOS and Android with the same set of code.

This guide also comes with the source code of Gizwits Gokit App, which is an example project that employs the APICloud Framework and intended for developers to achieve a rapid development.

The development based on APICloud is similar to web front-end development, and is also achieved using CSS/HTML/JavaScript which make up the APICloud Framework code directory structure as shown below: 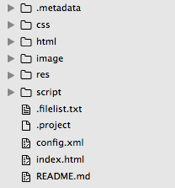 The concrete function of each file is described as follows: Right-click on the blank part in the “My App Projects” column and click on “New->APICloud Project”; or click the navigation button on the menu bar and click “New App Project” to go to the project creation page. 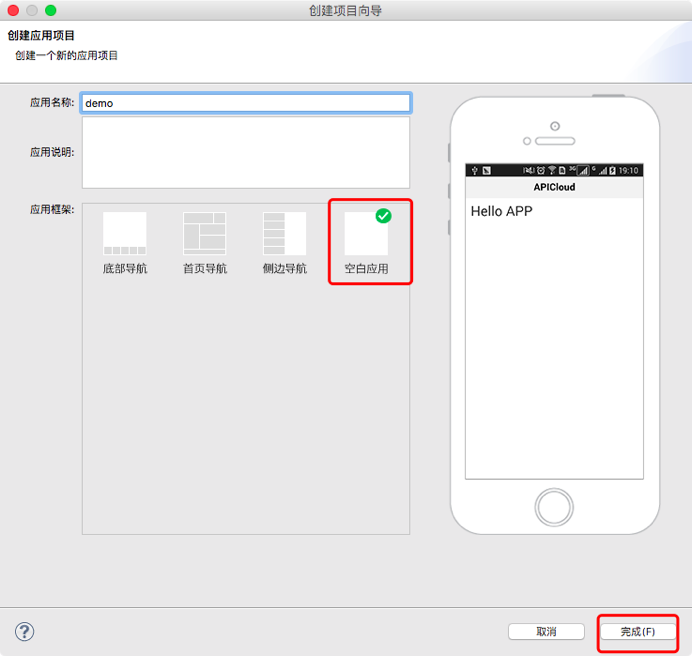 You can see the App project created successfully.

The blank App project directory generated above is as follows. Remove the directories and files in the red box. 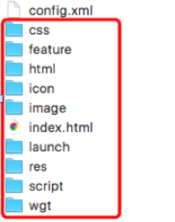 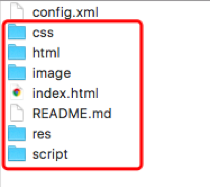 config.xml is the configuration file provided by APICloud. There exists a config.xml in each project, which provides id (the unique identifier of the project) on APICloud platform, the developer’s personal account information, UI configuration and third-party modules used by the project. For more details, please visit:

The following figure shows the config.xml content of the APICloud Framework. Update the content in the red box with the corresponding values generated for the new project. Submit the project changes to APICloud platform as follows: 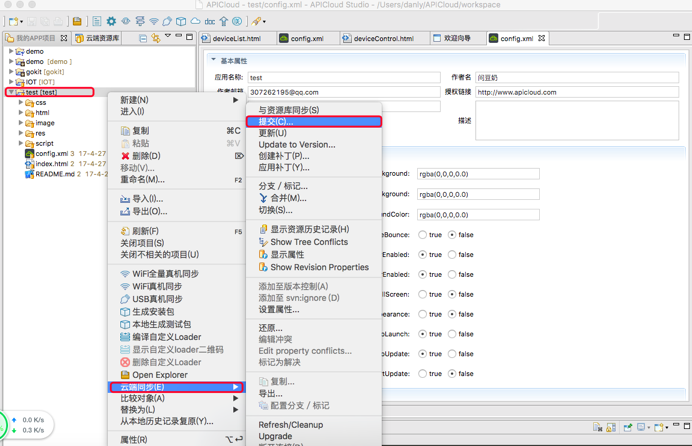 After submitting the APICloud Framework porting and config.xml changes to the cloud, APICloud will automatically import the corresponding modules to be used based on the source code. However, GizWifiSDK needs to be imported manually. Search for GizWifiSDK and import it.

Set parameters for the product and application in the source code

You need to set the appid and appsecret for the Android App and iOS App in the source code, and set the ProductKey of the product created in Gizwits Developer Center at this time.

Get the product ProductKey and ProductSecret in Gizwits Developer Center.

Get AppID and AppSecret for Android App and iOS App.

Open index.html of the APICloud Framework:

Besides, in deviceList.html file, set with the ProductKey of the product to which the devices retrieved by the App belong.

After completing all the steps above, run the App. 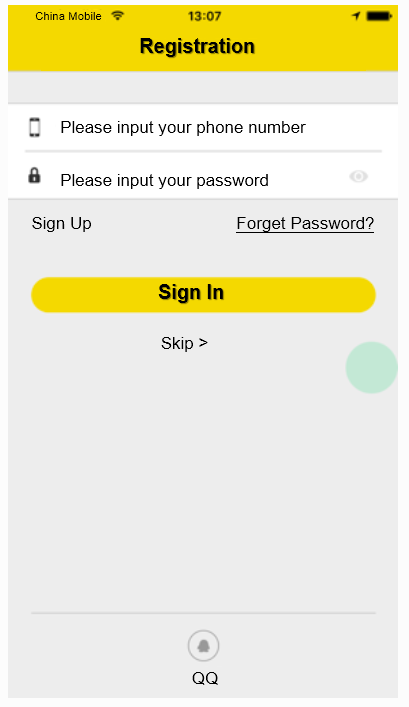 Each App project has a Custom Loader, that is, when the third-party modules required by the App are configured in the cloud, and the local code has been updated, the Custom Loader can be compiled based on selected modules and settings to achieve device debugging.

To compile Custom Loader, select the project you want to debug and right click as shown below: 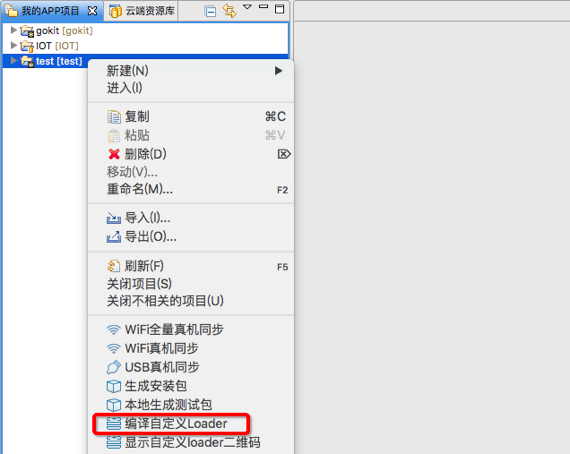 If the compilation is successful, the following page will pop up, and Custom Loader can be installed by scanning the QR code. 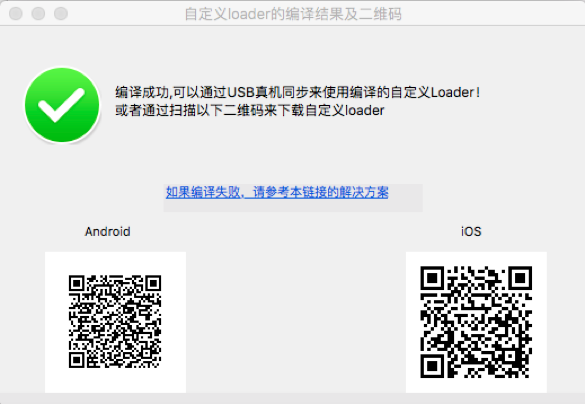 After scanning the QR code and the installation result of Custom Loader is shown as follows: 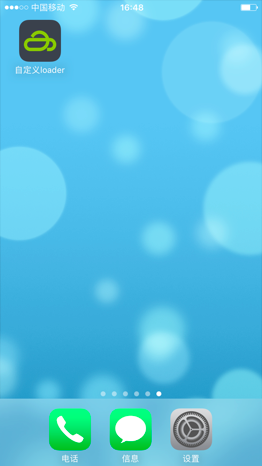 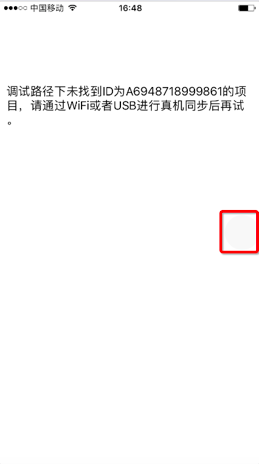 Click the white circle in the red box above to go to the following page, and fill in fields on this page for device synchronization via Wi-Fi. 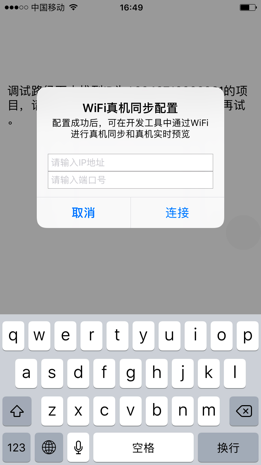 Note: Custom Loader can also be obtained in the following way: Get parameter values for device synchronization

Select “View the server address for device synchronization via Wi-Fi” under “Help”.

Set the parameters in the installed Custom Loader to the above values, click “Connect”. If the connection is successful, the circle on the page turns green. 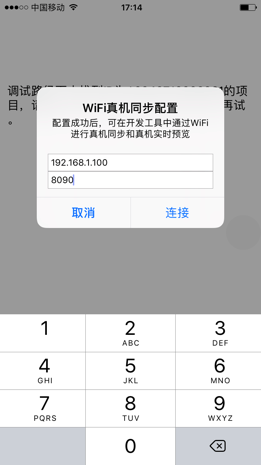 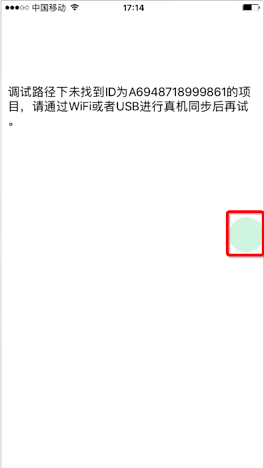 After completing the Custom Loader configuration, you can test the device synchronization via Wi-Fi. 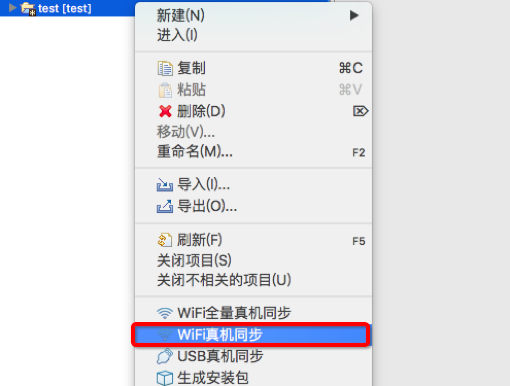 The App goes to the following page. After this step is completed, the App is successfully synchronized, then you can go on to the next round of the App test.