Get Started with APP Development
Edit

This document mainly introduces the functions of the Gizwits App SDK and Gizwits App Framework, as well as the preparatory work for the early stage. Developers can choose the convenient way for App development according to their own project requirement.

The Gizwits App SDKs (hereinafter referred to as SDK) encapsulate the communication process between the mobile phones (including PAD and other devices) and the devices, as well as between the mobile phones and Gizwits IoT Cloud. The process includes network access configuration, device discovery, connectivity, control, heartbeat, status reporting, and alarm notification. Using the Gizwits App SDKs, you can quickly complete App development and only need to focus on the App UI and UE design. Relatively complex protocols and error handling can be ignored.

This method is applicable to the App that needs to do complex business logic processing, or needs to integrate the Gizwits App SDK to accomplish remote control after the App development has been completed. In order to further ease the challenges associated with App development, Gizwits launched the Gizwits App Framework in which the following functions have been modularly integrated:

This method is applicable to the App that needs to do simple business logic processing.

The Gizwits App Framework makes each module an independent package. If you want to know the implementation code and flow of one of the modules, directly refer to the framework code.

This method is applicable to the project that needs its own product App to debug, or requires a complete App code for reference.

In order to lower the barrier for the development of smart hardware App and reduce the investment in development resources, Gizwits has further developed the App open source code that implements the complete functions based on the Gizwits App Framework. After creating corresponding Data Points on the product project, Gizwits IoT Cloud generates an App reference code of the corresponding product according to the defined Data Points.

Note: The above tutorials are all based on Gizwits App Framework. 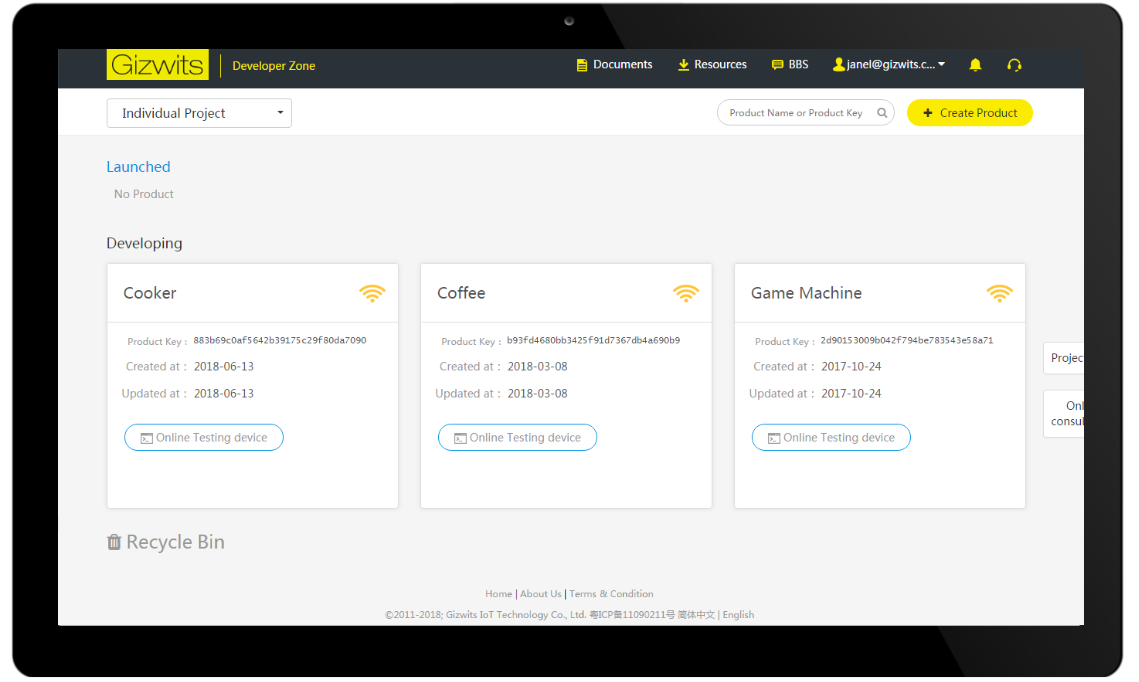 2. Create Android and iOS applications for your product 3. The meaning and role of App ID and App Secret

App ID: application identification code, when the developer needs to develop applications for a smart product (including iOS, Android, Web applications, etc.), an App ID is automatically generated after an application is created in the Gizwits Developer Center and associates with the device. This App ID is required during application development. All users registered in the App are bound under this App ID.

As shown in the figure below, it is the role that App ID plays in the process of developing App. See Gizwits App Code Auto-Generator to learn about the functionality of the automatically generated App code.